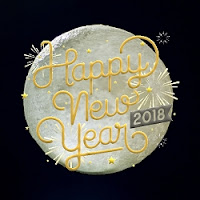 This is the first full moon of 2018 and we will get a second super full moon in January.  It will be the Aquarius Lunar Eclipse. This Cancer Full Moon is known as the Wolf Moon. This is a super full moon because it is closer to the earth. It will look larger in the sky, especially on the horizon. There are multiple interactions from the full moon to Venus, Mars, Jupiter and Neptune, giving us a lot of think about and navigate as our new year begins.


Essentially, the Moon is the tail end of a Kite pattern, which elevates the Moon, in status, through the Grand Trine in Water, by adding in Capricorn's Earth element. All the placements in this Kite are feminine receptives. This puts the Sun and Venus, in Capricorn, in the hot-seats at the top of the Kite. Read more about this Super Full Moon at Lunar Living Astrology.
Posted by LunarLiving at Sunday, December 31, 2017 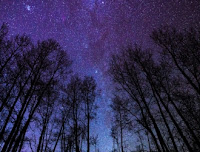 The last New Moon of 2017 in the sign of Sagittarius. Then Saturn and the Sun move into Capricorn in a few days before Christmas.

Venus will be Out of Bounds through the last week of December and into January. Saturn has been moving through the high declinations  of Capricorn, right along with the Sun.

Full Moon Gemini Super Moon Advent Sunday Wheee! https://www.lunarliving.org/ articles/fm1203_17.html This full moon has some difficult aspects to it, that we must do our best to navigate with grace.  The Mercury retrograde motion happens approximately eight hours before the peak of the full moon and the retrograde motion will end on December 23. This can be a miserable time to plan for the holiday travel and mailing/shipping season. Double check every detail at least twice!
Posted by LunarLiving at Saturday, December 02, 2017