Power and Manipulation are both integral pieces of the T-square with this New Moon. Collectively, we want everything to be fair, but the few who have the power are doing everything possible to force us to remember that change will not be delivered cheaply. Holding on to some personal possessions that we have, may not be so easy, either.

There is an intriguing trapezoid with Mars to the New Moon, Jupiter and Pluto. The Lunar Living article will explain more about the interactions and the disjointed impact this aspect pattern will create for us. The connection will push for personal security and societal change, simultaneously. The question remains as to which direction this transit will take us. Women are likely to interpret the energies one way while the men are likely to have a different perspective on the influences.


The fall equinox (spring for the southern hemisphere) occurred a few days ago, so the Libra energies are stronger now and we will be expected to find some balance. Just watch out about compromising too soon during this Cardinal T-square. Perhaps the best feature of this New Moon is the Venus conjunction with Saturn in Libra. Now, this could end up putting some money in the bank account if used correctly. And thankfully, no one was conked on the head with the tumbling space junk! Plus, comet Elenin may be losing some of it's umph after a recent pass by the Sun. If it doesn't totally fizzle over the next few weeks, we might get to see it in the night skies around October 16.

To our astrological benefit, there are no planets changing direction for the next month. That adds stability in that regard.
Posted by LunarLiving at Monday, September 26, 2011 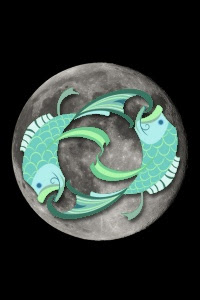 The memories of the September 11 attack ten years ago has the potential to drain many United States citizens. Although considerable time has passed to allow for healing, the memories continue to haunt those who had to experience the event first hand. We remember the victims along with the heroes who risked their lives during those traumatic hours and the arduous days of post-carnage. Sorting through and honoring the memories can be extremely difficult since it takes us right back to ground zero in a heart beat. This will be a tear-filled day for many and the Pisces Full Moon [aka Corn Moon] will tip the emotional scale into overload. Read more about dealing with the energies at Lunar Living. We need to do what ever is necessary to pay homage without emotionally re-experiencing the full impact of the memories.


Beyond the Full Moon, beginning September 15, as Venus enters Libra and Pluto stations direct, there will be a series of T-squares formed from Venus, then the Sun and then Mercury to Pluto and Uranus. The series of transits will persist until October 1. This will give us time to settle into the changes that will culminate from the difficult aspects, but at the same time, it will challenge us to become forward thinkers to find the best way to utilize the energies. Thankfully, there will not be any out of bounds transits at this time, so we can stay focused on the immediate issues and not worry quite so much about safety and emotional insecurities. Individuals with a consistently positive outlook should navigate through this challenging T-square with ease. Be willing to rise each day with a desire to conquer the personal demons that will become more and more apparent as the month wears on. By the time October arrives, we will understand better what we were dealing with and how it has changed us. While we are in the middle of the energies we may not be able to clearly comprehend the "mission." Keeping a "T-square" journal can help provide focus. Individuals with birthdays between September 21 and October 4 are likely to experience the biggest impacts.