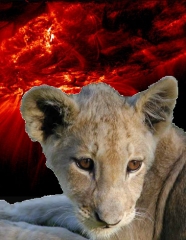 Okay -- so I was on a tirade a couple of weeks ago concerning rude people and internet thievery. I'm moving past that by writing new scripts that are more difficult to steal. If people want to use the javascript that I have written by plugging it into their websites and running it ON their websites, that's fine by me. However at this point, most of my unique scripts will be hidden behind the scenes and it will definitely involve way more work to get at the information beyond a click, copy and paste function. The Moon sign, lunar event and moon phase information is back up at my website's articles page www.lunarliving.org along with some new features. The Horoscope page will also show the current Sun Sign and Moon Sign at the moment the page was logged into. If you find that your cache is storing old information, you can update your cache by using your browser's refresh button or utilize your browser's reload page function.
Additionally, the current Moon Sign and Sun Sign can be found on various other pages. I may include a script that shows the current placements for Mercury through Pluto or even Chiron. However, for now, we'll stick with the Sun and Moon placements and see how that goes. It won't matter where you come from, whether it is China, Australia, London or British Columbia, the current Sun and Moon information will be fairly close to accurate for your region within a minute or two. The key is to make certain that you are not relying on an old cached page. So, don't hesitate to "refresh" the page to make certain you are getting the most up-to-date data.
The "current signs" information can be found on the Lunar Living home page, the articles page, the Moon Signs home page, the horoscopes page, and the planetary calculator page. Feel free to surf around the website to see if you can find all of the various locations of the new Moon Sign and Sun Sign calculator in use on my site. Thanks and be well.
Posted by LunarLiving at Saturday, September 20, 2008

Off the Topic of Astrology - lunar and otherwyze

So, why do so many people (on the Internet) decide to blatantly steal other people's material? For example, I work hard to write my javascripts. I offer up some of them as free for people to use and wish them well. Others, I specifically want to keep on my websites.

If people ask me up front if they can use a script, I usually will let them use it if they will tell visitors that the script came from my site. But to flat out hotlink right into my website without asking for permission? Yump'n Yimmeny - that is frustrating!

And even more frustrating is when I write the website owners to ask that they stop. Many of the offenders will get all P!ssy. There are some people who will apologize and ask for permission, but more often than not, the thieves get upset and defensive as if I am the one being unrealistic for asking that my materials be removed from their site. Fur Chryst Sakes - if you don't want to get caught, don't be so blatant about it. Steal the whole script, plug it into your site using your own bandwidth, et. al.

Or better yet, Learn to write your own Javascript - Put some of your own Blood, Sweat and Tears into writing your own script to discover your own sense of satisfaction and reward for creating something. On the other hand, if you want to save time, use the script but give proper credit where it is due. Don't be afraid to fess up and say "I found this script at xyz.com."

But to Blatantly go onto someone else's site to hot wire (hotlink) the script into your own site without proper credit or permission is like plugging an extension cord into your neighbor's electrical outlet and running the cord back to your house so that you don't have to pay for the electricity that you use.

Com'n folks - give a work'n gal some peace here and stop jack'n around with my stuff! Get a bit more creative with your thievery!
Posted by LunarLiving at Wednesday, September 03, 2008 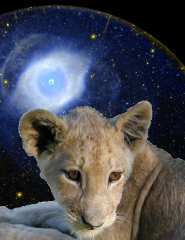