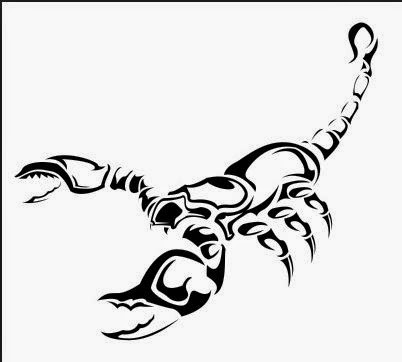 This partial solar eclipse in Scorpio will be visible from most of North America. The time will depend on where you live. Use the correct types of goggles or devices to protect your eyes if you get the chance to watch it. On the East Coast, it will almost a "sunset" eclipse. It will initiate in Siberia on the morning of October 24, crossing over the international dateline and end in North America in the afternoon of October 23. Yes, I said that right, starts on the 24th and ends on the 23rd. Timing is everything... :^)

This New Moon will apply pressure on us to change out old behaviors for more effective ones, or at the very least, more efficient ones. The Mercury retrograde will end in a few days. That will help us get back on track.
.
Posted by LunarLiving at Wednesday, October 22, 2014 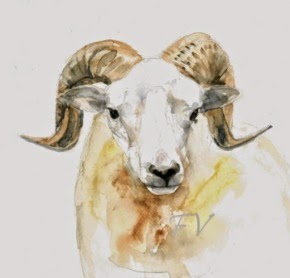 The Lunar Eclipse in Aries tends to fire us up. How can we use that energy effectively, becomes the major question. We may act impulsively as though we have no control, or we might find that we have more control now than we have ever had in the past. This Full Moon/Lunar Eclipse may be more relevant for people born three days before or after the 8th of January, April, July & October.

This total lunar eclipse will be rather unique for individuals who live on the East Coast of the United States/Canada. There's a small window of opportunity to view it... the 'Selenelion' described as "a celestial event in which the setting, eclipsed full moon and rising sun can be seen in the same sky." Read more about the "impossible event" at space.com. This is so rare and isolated that very few have even heard of it. It's a mind blowing concept, leaving us wondering "How can that happen? The Sun and Moon are opposing each other during the eclipse!"

The lunar eclipse has already started impacting a lot of people. If you haven't already experienced it, let's just say that you have been very lucky! A lot of people have been very stressed the past few weeks. I don't know how many times I thought that I was in the middle of a "full moon kind of day." There's a lot of stress floating in the air.

The Mercury retrograde will certainly not help with the events that unfold during the eclipses. Mercury retrograde began on October 4 and will last through October 25, after the solar eclipse. We may need to "re-think" our ideas more than we want to.

But, don't give up hope. There is also a Kite pattern with a Fire Grand Trine. We just need to figure out how to use it to our benefit as well as help others to find a sense of peace.

Posted by LunarLiving at Tuesday, October 07, 2014